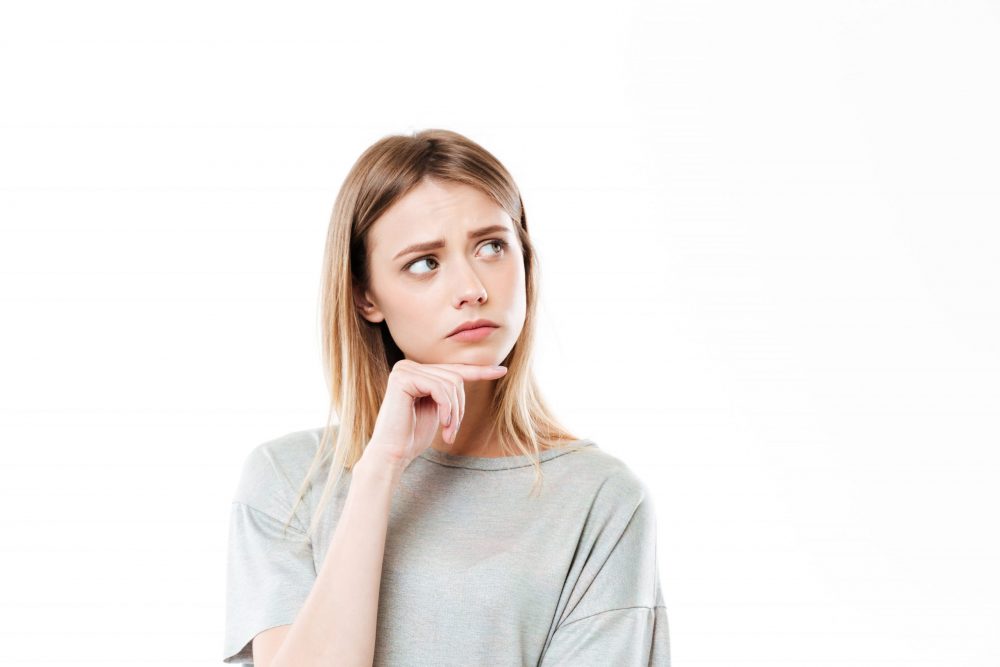 Should You Trust a Gemini Man? Here’s How to Tell!

Is the Gemini man someone that you can rely on to be loyal and honest with you? Are you dating one and sometimes you think he’s keeping things from you? You’re not alone! Keep reading and I’ll tell you all about what you can expect with the Gemini man when it comes to trust.

It’s true that Gemini men can come off as flaky, unreliable, or even liars.

The thing is, they all have different personalities. While some people damn Gemini men for their traits, many Gemini men are quite trustworthy.

The lowdown is that the Gemini man has two different sides to him, and he changes his mind often and can become confused. He changes plans, and this can be super-frustrating for the waiting woman.

He can get distracted quite easily as well. He can be planning and even getting ready, then something changes suddenly. He cancels, and the woman he had plans with is now very upset.

Gemini is a busy man typically, whether it’s with business, projects, or pleasure. His brain is also very busy even if he’s not doing anything productive. He can’t stand being bored.

That being said, he will get bored if he doesn’t do whatever he can to maintain adventure and excitement. If he is presented with an opportunity to do something that sounds more exciting than his original plan, he’ll change it up without a second thought.

Know that if he changes his plans with you, it’s not because he doesn’t care—it’s because he felt a need to do something else or a legitimate emergency came up.

It’s not a pleasant thing to experience, but if you know your Gemini guy, you know he’ll make it up to you. If you’re just casually dating him, then you may get quite upset and decide to walk away.

Just remember that all Gemini men have different influential aspects in their chart that will make them vary. They’re already a mixture of personalities combined into one body.

So now when you take into account that he may have a Rising sign or Moon sign that is a bit different from typical Gemini traits, he may not really be as unreliable as he seems. He may actually be more attentive and less social with others.

Look to his Rising sign or Moon sign to tell you more about why he is the way he is and if he is more trustworthy than another Gemini with different aspects. Truly, it’s interesting to study.

He Can Be Secretive 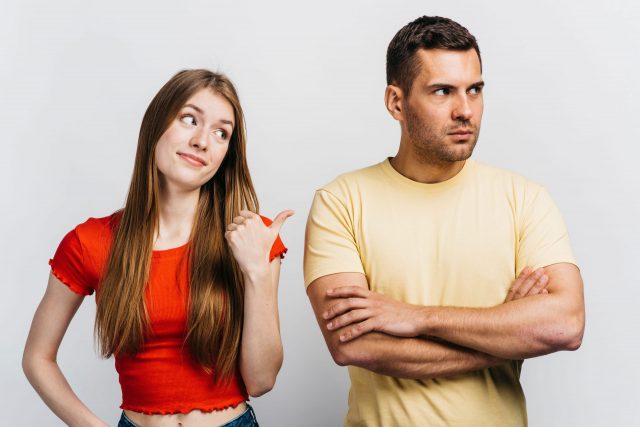 This is one of the most common complaints I get from my clients about their Gemini guys.

They date someone for a while and want to know more and dive deeper. Geminis often don’t want to open up quite that easily or quickly, however. They tend to like to keep themselves private and mysterious. If they give away all their secrets, then they feel unsafe.

With time, the Gemini man does open up, but it may seem like a task to get him to that point. Patience is required, and it does pay off. However, if you try to push him, he will hold off that much longer.

The Gemini man doesn’t want anyone to know everything about him. He keeps mystery throughout his life because that’s his nature. He feels he always has an upper hand by not telling anyone all the truths about himself.

This makes a partner feel as though he’s keeping pertinent things from her, and she may become untrusting with him. She may get frustrated or even accuse him of lying.

He can keep things from you without actually lying, though. There are things that may not mean anything to you but do to him. He doesn’t feel the need to tell you about them.

If you can accept that he’s someone who you’ll never 100% know, you’ll be alright. It’s ok not to know every single detail about someone. Trust has to be learned for things to work out with Gemini man.

Realize that most of what he keeps from you is typically nothing major. Leave it alone and pick your battles. If you badger him every time he is keeping his mouth shut, you will lose him. 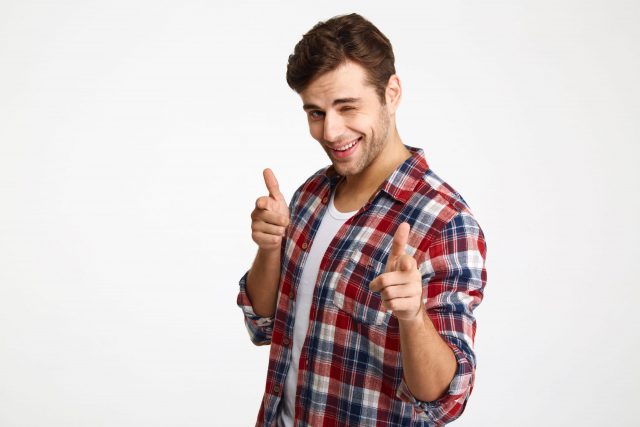 No matter his age, a Gemini man will always be a flirt. Nearly all of them are this way. That’s just part of their DNA. If you love him, you have to accept this even if you don’t like it.

Even if he flirts or eyes other women, it does not mean he won’t be faithful. He won’t let the line be crossed typically. When or if he does cross that line, it’s because of other, bigger reasons—not because he’s a flirt.

Cheating is possible with the Gemini man, but again, it truly depends on his past, who he is now, and what his aspects are in his birth chart. If he has dependable and faithful signs as his major aspects, then he’s not likely to cheat no matter how flirty he gets.

Just remember that flirting doesn’t always lead to infidelity with the Gemini man. He loves to appreciate beauty, and he isn’t picky, so it will seem like he hits on every woman. Just laugh it off if you can and know that you are the one he’s going home with.

Even married Gemini men are flirtatious. When his wife is secure in knowing that he’s flirty but won’t cheat, things work out well. Be strong and independent, and you won’t be concerned with some random woman.

Know that he is with you and has no intention of cheating. He just wants to make eyes at that sexy barmaid when he’s out for drinks—not sleep with her.

It’s an ego thing. If a woman flirts back, he feels alive and that he still “has it.” Once you get past the fear of him being unfaithful, you’ll realize that he’s just a guy.

Chalk it up to a quirk of his, and you won’t feel your relationship is being threatened. He won’t likely change in this respect, so if you’re looking to change him, you’ll have a hard time doing it and probably won’t be successful. 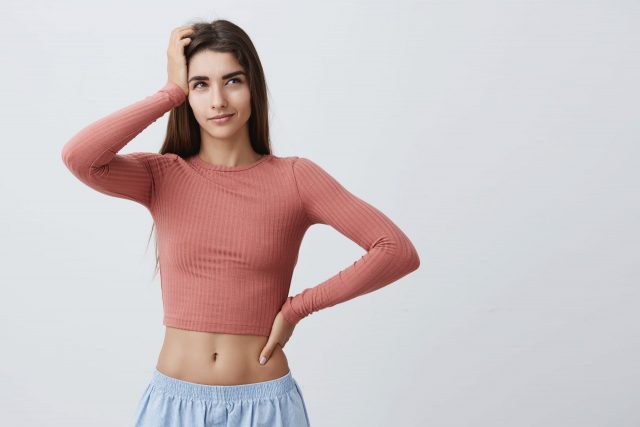 I will try to say this in the nicest way possible… Yes. They do.

The thing is, it’s normally white lies. What I mean by this is that they give you a half-truth or keep unimportant things from you. They can lie about something as simple as why they didn’t answer their phone. They probably didn’t answer because they were not feeling up to talking but will instead say they were busy.

They also tend to omit the truth, meaning if they think it’s something that may cause problems with you, then they just won’t mention it. Perhaps he went out with a friend you don’t like. He’ll talk about the rest of his day and omit that part so that you don’t give him hell for it.

If you happen to find out, you probably feel he lied to you. But they don’t feel like when they omit the truth that it’s lying. They think differently than most people.

It’s really a “pick your battles” situation with Gemini man. Is this a make or break with him? It’s up to you.

Read next: 5 Obvious Signs Your Gemini Man Is Just Using You

When it comes to a Gemini man, you have to take his quirks with a grain of salt. You will have to get to know him as best you can in order to know whether or not he’s someone you can handle or trust.

When you learn who he is, how he is, and how he operates, you should be able to tell whether or not he’s going to be honest enough for you to trust. He’s a warm guy with lots to offer, and maybe his personality is something you can accept.

He’s not for everyone, but when he does find the person he feels is “the one,” he will modify his behavior to an extent. He won’t stop flirting, though. If you’re a strong woman, this isn’t a concern for you.

Speaking of flirty, wouldn’t you love to flirt with Gemini celebrity Chris Pratt? I know I would. Yep, he’s full-on Gemini. Imagine that!

Did you have to learn to trust a Gemini man? What did you to do accept him “as is”? Share your story (or issue) with our community in the comment section below—and don’t worry, it’s anonymous.

Want a head start on whether you’re compatible with your Gemini man? Take my fun, free compatibility quiz here.

2 thoughts on “Should You Trust a Gemini Man? Here’s How to Tell!”