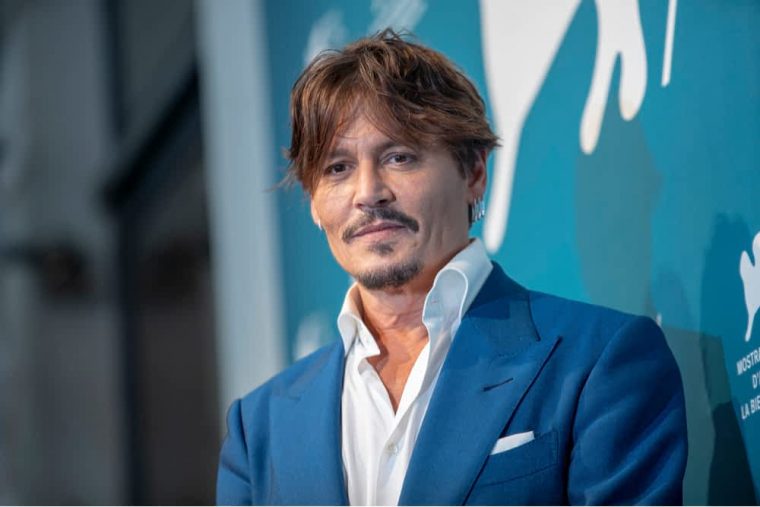 13 Gemini Celebs to Drool Over

Gemini men tend to love the spotlight and have major talent. I bet you didn’t even realize there were so many Gemini stars! Let’s talk about the sexy Gemini celebrity men that we can’t stop swooning over!

Of course he gets the honor of being number one—because who doesn’t love Johnny? He’s an accomplished and sexy actor who has been seen in so many movies I’ve lost count.

He’s very talented, very dark, deep, and sensual. He is the epitome of Gemini man when you take a look at him and his skills. He’s a shining star that is amazing at what he does and holds our hearts in his hands.

He is the sexiest pirate EVER, hands down! If you haven’t had a chance, then you had better check out all the Pirates of the Caribbean movies. Well worth your time!

Mark is another amazingly sexy actor and singer. What some don’t know is he had his own hip-hop group called “Marky Mark and the Funky Bunch” in the early nineties! That was many moons ago, but he is every bit as sexy and fresh today as he was then.

This guy has been in a ton of box-office hits, and he just keeps them coming. It doesn’t matter if it’s comedy, drama, action, romance, or holiday flicks; he is a huge hit not only at the movies but in our hearts!

Yet another adorable Gemini man in the spotlight. Chris Pratt has been in many movies, most notably The Avengers, Guardians of the Galaxy, and the new Jurassic Park.

He is very talented, unique, handsome, and sexy—what woman wouldn’t like to have this guy? I mean, he is quite a catch. He can carry a tune quite nicely, as well. He’s definitely high up on our list of Gemini men we love.

Even at his older age, this guy is still quite handsome. He has a long list of films he’s been in. He’s also a producer and writer. He’s always had “what it takes” with movies and with us ladies.

His swagger and the way he talks are something he’s very famous for. These days, he’s making some pretty incredible dramas. If you haven’t checked them out, you really should. This guy will forever be in our hearts.

Talk about a heartthrob! This is another old-timer that was in the movie scene for a very long time. He was always the handsome cowboy or badass. He makes the ladies swoon with his “bad boy with a heart of gold” vibe.

John Wayne will be in our hearts always, even if he’s not still here in this life. We love him because he was just what cowboys are supposed to be, and he’s just an all-around classic hunk.

Who doesn’t love this cutie? Honestly. He’s been around for a very long time as an actor and now is helping people with Parkinson’s disease since he also has it. He’s inspirational, he’s busy, he’s sweet, and he’s generous.

He’s also a handsome and talented actor. If he didn’t capture your heart in Back to the Future, then you weren’t paying attention! He’s been around for a while making us all swoon.

Born as O’Shea Jackson, Ice Cube is a huge star. He’s a rapper, songwriter, producer, and, of course, actor. This man is absolutely a Gemini to the core. He keeps himself very busy with projects and work.

He always has something going on. He’s very talented, handsome, and we just love him. Our hearts are just a-flutter when we see or hear Ice Cube!

This man is unbelievably sexy, has a seductive voice, and absolutely fits the Gemini description to a T. He’s gorgeous and does so well with his musician lifestyle. He’s also a songwriter. He had a beautiful child with Lisa Bonet, and his daughter, Zoë, is now an actress.

He’s just an all-around beautiful person. His sweet heart and soul grabbed our hearts when he broke into the music scene in the late eighties, and he has been a sensation ever since. He’s even made appearances in a movie or two. Who gets tired of looking at his sultry eyes? He never seems to age if you really look at him.

Read next: 10 Facts About Gemini Men Every Woman Should Know

Rock superstar Dave Navarro is as smoking hot as it gets. He is a versatile musician, having been in rock bands including Red Hot Chilli Peppers and Jane’s Addictions among others. He’s also a music producer and writer. He even recorded with Guns N’ Roses in 1999!

Dave also used his passion for tattoos and hosted Ink Master, where many different tattoo artists can compete for a slice of fame. Not only is he the host, but he’s also one of the judges. His multi-talented life has definitely captured hearts.

Classic singer, songwriter, and all-around musical icon Paul McCartney won our hearts right away when he took the stage with The Beatles. This adorable man is so very talented and revered.

How could anyone not love this handsome guy? He’s always been naturally beautiful and talented. He still rocks out and makes many songs with other famous musicians. Paul will forever be in our lives!

No matter what movies you see Liam in, he steals the show. He’s been in numerous movies throughout the years and just never seems to age. And his accent certainly makes us ladies go wild!

The Irish actor started his debut as a knight in Excalibur, but he’s played a variety of roles and captivated our attention. He’s amazing at what he does, and I imagine he’ll keep doing that for many more years to come.

The king of romantic pop music, Lionel will forever be with us. He broke out in the eighties and made us all feel the power of love songs! With hits like “Hello,” could you not fall for this guy?

Not only is he an incredible musician and songwriter, but he’s also an amazing soul. He’s a music producer as well, and his current gig includes inspiring rising stars on American Idol. He lives a very full and busy life like many Gemini men do. He has three beautiful children who are also quite successful.

Read next: 5 Positive Traits Of Gemini Men Women Love So Much

From villain Bulls Eye in superhero movie Daredevil to an endearing family man in the remake of Dumbo, this man is so multi-talented. He’s another one of those sexy Hollywood guys that never ages. I think they must be vampires!

He’s also extremely private. He never likes to talk publicly about his relationships. He’s definitely taken, but no one seems to know who has his heart! Dark, sexy, and mysterious, this guy has an air of mystery that we just love.

They are all amazing men who are good at what they do and entertain us because that’s just what Gemini men do. They’re fabulous! They make us laugh, they make us cry, they turn us on, and they are the men we love.

You might have noticed that all these men are smaller guys as far as their physique. They are usually shorter, have dark hair or features, and are just somehow really alluring.

Now if you were to go out into the world, you can probably spot the Gemini men quite easily knowing this. Take a look at these men’s photos and see the similarities that they all share.

Gemini men are typically very busy, multi-talented, and amazing at what they do. And they tend to gravitate to the spotlight and fame. They are some of the best entertainers that there are. It’s a natural ability.

Who are your favorite celebrity men? What about Gemini stars who weren’t on this list? I’d love to hear from you in the comments!

Wishing you all the luck of the universe!