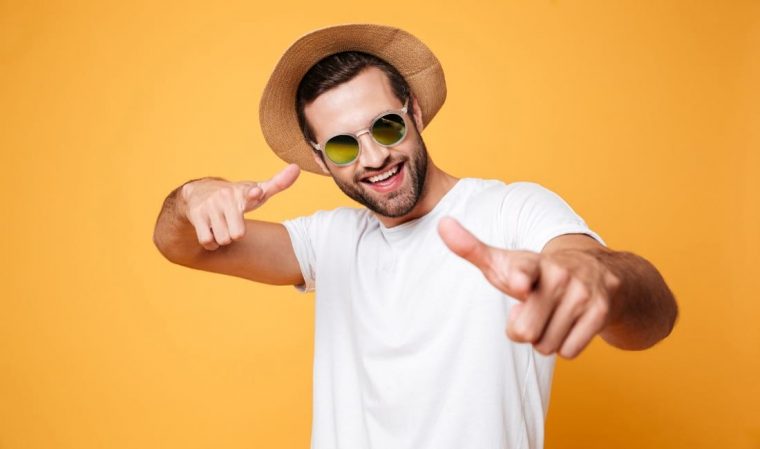 Hello, my darling readers, how’s life? Dandy and exciting, I hope. I’m here with the new July predictions, so let’s jump right in and see what this month brings…

This first week has the Gemini man glowing and ready to party! Both his fun and friend houses are activated, and he is in a romantic mood, ready to showcase his emotions to the world and to you. Be prepared for odd invites and kinky adventures.

This second week brings extreme and heightened senses and emotions to the surface. The Gemini man will get the chance to go deeper than ever before, and it’s a good idea not to pass up on this great opportunity to get to know each other better through some extreme activities and otherworldly intimacy.

The third week of July spices things up for the Gemini man (just how he likes it), and it opens up new opportunities for adventures, fun social events, and new information. He’s going to be in a good and cheerful mood thanks to Mercury in Leo, and his overall state of mind is going to be pretty leveled thanks to Venus moving to Cancer.

The fourth and final week holds a fresh and jolly New Moon in Leo that will be a game-changer for positivity and enthusiasm! Start something new with a bang, go big, and don’t go home at all; be out all night and use these powerful energies to merge the now into something positive for the future.

It’s Never Boring With A Gemini

At the beginning of the month, the Gemini man is feeling very spunky and handsome; Venus is in his sign, in his first house, so it’s only natural. Taking into account that the Moon’s transit activates both his first, second, and fifth houses during this first week, he’s going to be “on fire” with romance and emotional displays.

Your Gemini guy will be ready to get down and dirty when it comes to emotions, and now is the right time to get him to commit to the relationship. He’s going to get some money influx during this first week, a lot of blessings will be coming into his wallet, and that will be a positive motivation for him to open up, and not just financially.

His social life is blooming, thanks to Jupiter in Aries, and his dreams are getting more vivid and, on occasion, scarier. Mars is stirring things up in his subconscious mind, as he is getting ready for a transformation (like a caterpillar).

Towards the end of the second week of July, on the 13th, there’s a Full Moon in Capricorn conjunct Pluto Retrograde, and this activates the Gemini man’s eighth house of sex, obsession, and deep emotions, and hidden traumas. Opposed to his second house which is being illuminated through the conjunction of the Sun and Mercury.

This will put the Gemini man in an intense mood – he’s not used to these types of feelings and atmosphere. So, it’s a good idea to explore each other’s deeply-rooted fetishes, open up a new dimension of intimacy, and share each other with one another.

This is a great time to discuss “touchy” subjects like money, emotional status, hopes, dreams, and visions for the shared future. Considering the placement of all the planets and houses they touch upon, the Gemini man is ready now more than ever to delve deeper into his soul and search for what he could not find before.

It’s a great time to go cave exploring, rafting, bungee jumping, and dirt bike riding. These extreme activities can trigger old traumas that need healing and open up new portals to the inner selves in order to merge with each other better and deeper than ever before.

During the third week of July, the Gemini man will cheer up as his ruling planet – Mercury passes from moody Cancer to cheerful Leo. Mercury will light up his third house of communication, so he will be in a jolly good mood and down for fun and action!

Venus moves from his sign into deep Cancer and there it conjuncts Lilith, drawing his emotions tied to money and financial security to the surface, but in a calm and emotional way. This opens up a high-quality opportunity to discuss mutual finances and shared accounts in an empathetic manner.

Your Gemini guy will be extra sociable and extroverted during this week. So if you’re not feeling it, then let him run wild and have fun with his friends going on all kinds of crazy and adrenaline-seeking adventures.

His subconsciousness is wilding out thanks to Mars getting closer to Uranus and Uranus getting closer to the North Node, so he might experience some pretty vivid and violent nightmares, but in the end, as long as he takes heed from his dreams, all will be well.

At the very end of the month, there’s a mighty New Moon in Leo conjunct Mercury. This is a very fun and optimistic time for the Gemini man! He might feel under the pressure thanks to the opposition with Pluto Retrograde, but he’ll soon overcome it with the power of positivity and enthusiasm stemming from Leonine energies.

It’s a great time for intimate dates, hedonism, and enjoying each other and each other’s company somewhere cozy. The mood can take him in an opposite direction as well, so he might be propelled to invite you out to a party or club where you can expel all the dark and gloomy energies through dancing and moving of your (sweaty) bodies.

This is also a great time to go on a vacation, somewhere hot and steamy, and to enjoy partying with each other but also in a crowd.

Take this opportunity to use the positive energies of the Leo New Moon to tackle your fun and exciting dreams and goals together. Feel energized and motivated to start something new that can lead to bigger and better adventures!

Read next: Gemini Physical Traits – Why Are Geminis So Attractive?

The Gemini man is on a rollercoaster during July, but nothing he isn’t already used to, and just enough to keep him from being bored! This month is a great time for him to experience both emotional depth and lighthearted fun.

During the first week, he’s going to feel good and talkative, which offers an opportunity for fun and engaging dates. During the second week, he might start feeling a bit under the weather or emotionally heavy.

This offers an opportunity for your Gemini guy to explore his emotional depths and see what demons lie before him. It’s a great time for personal growth and character development.

In the third week, his pace and mood start to pick up again, only to reach their positive culmination during the fourth and final week of July. Make the best use of this Leo New Moon in order to (re)charge your batteries and try out new things, events, tastes, and activities.

Some of these transits are going to feel different for individuals than I have explained here. While generally accurate, these predictions don’t reflect the entire depth of information found within your partner or love interest’s Birth Chart.