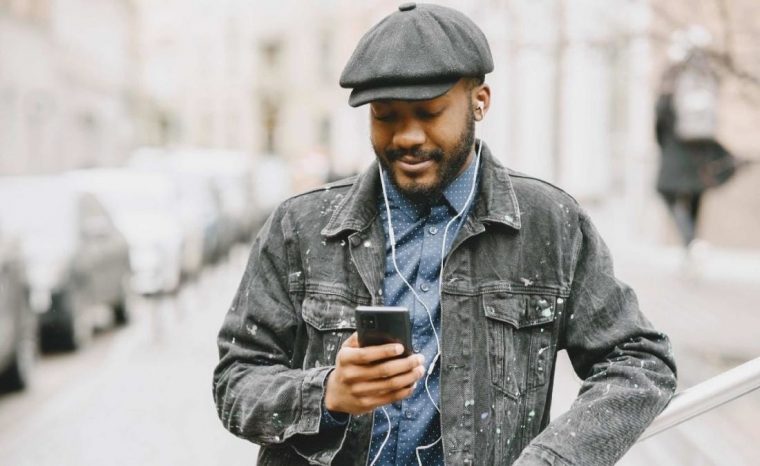 Well, hello there dear readers, how was New Year’s? I am so excited, because there’s a bunch of amazing aspects and happenings in store for the Gemini man this year, and January is just the beginning! So strap in, and let us dive into this new adventure…

The beginning of the month has the Gemini man in a festive mood. He wants to see it all, experience it all and smell it all… He’s having fun and he wants more of it. Don’t stand in his way, if you can have fun with him – if not, support him from afar and enjoy seeing cool stills from his travels.

The first trimester brings split focus and opposing desires. There’s a lot of opportunity for steamy nights and passionate kisses, especially between the sheets. He’ll be obsessed with that one woman from the past, but only time will tell if it’s meant to last or not.

The Full Moon brings trouble, secrecy, karma, dharma, and many steamy nights. It’s a perfect time for meeting incognito, exchanging hot pictures and chatting via encrypted apps. But beware, technology is prone to malfunctioning and keys, phones, and wallets are easily lost or stolen at this time, so caution is advised…

His eighth house is heavily packed right now, and no matter how earthy the Capricorn is, the eighth house carries Plutonic energies, especially since Pluto itself is residing in it. This is going to be quite the finish line for the Gemini man in the first month of the New Year, that’s all I’m going to say for now…

The beginning of the month is quite prominent for the Gemini man, not just because of the New Moon in Capricorn, but also because Mercury (his ruler) finds itself on 0th degree of Aquarius, where it feels great, in his ninth house of travels and exploration.

What’s more, the North Node conjuncts Ceres on its last degrees in Gemini before it moves to Taurus, and Lilith is also in his first house on its last degrees. Opposite from thatm, there’s Mars in Sagittarius with Vertex and Vesta, illuminating his seventh house of romance, marriage, and long-term relations.

The Gemini man has a majestic start of 2022, and he is most likely spending it outside of the country, away on a pleasure trip. Even though he’s not standing still and spending all of his vacation time in one place – he’s moving around, catching up to everything, seeing different places and mingling with foreigners.

This is a very festive time for the Gemini man, and he is most definitely having it as the ruler of his fifth house of pleasures and fun (Venus) is in his eighth house and it’s retrograde conjuncting Pluto. Oh, he’s having fun, and if it’s with you – make it last and enjoy it as much as you can!

The ruler of his seventh house is Jupiter, also on 0th degree in his tenth house. This is going to be his year, I tell you. So many beneficial and powerful aspects are bringing in good luck, abundance, and blessings – it can only get better from here on out!

Ideas for activities for this point in time include all kinds of movement, through the air, via car, over water, whatever, as long as you’re headed somewhere and you’re moving, seeing things, experiencing, having fun – that’s it, bull’s-eye, bingo!

The end of the first third of January puts the Gemini man in a more solemn mood as his ruler Mercury is closely tied up with Saturn in Aquarius. It’s time to summarize the travel impressions and to get serious about work.

Jupiter brings luck to his career field, and now is the time for him to make big moves and exploit his chances in order to rise higher up on the material food chain. But, at the same time, his attention is being split sideways.

The Gemini man is preoccupied with romance questions. His mind keeps wandering back to relaxing times he spent during the holidays, and his focus is on that one person who has had her hooks in his heart for quite some time now…

This is the time for sexual encounters, for secrets that remain between the sheets, for love affairs and passionate nights. He will be tempted to chase after that one that got away, and he’ll have luck in it, too.

If he’s smart, he won’t forget about his livelihood and his career. This transit brings a lot of scattered focus and opposing desires, but who is better at multitasking than Gemini?

3. No Rest For The Wicked

On the 17th there’s a Full Moon occurring in his second house of finances and income. It directly opposes the Sun conjunct Pluto in Capricorn in his eighth house, this tells me that there are going to be some internal family struggles revolving around money.

It’s possible that he will lose important documents during this transit, so he’ll be forced to retrace his steps and visit places from the past. What’s more, he’ll be extra scatterbrained at this time, as his ruler – Mercury has turned retrograde in Aquarius.

The good news is that Mercury is moving away from Saturn, but the bad news is that it’s moving closer to Pluto – from the frying pan into the fire. He’ll be asked to juggle many things at once during this time, and one of those things will be his family life vs his romance.

Mars is at its last degrees in Sagittarius, and that means it’s soon going to be moving into his eighth house, and into an embrace with Venus. This means that his libido, sexual desires, and fetishes will be in unison.

Gemini man will have a single vision: to spend some quality time with his love interest, but it won’t be without obstacles.

Good activities for this period include sneaking, being secretive, meeting in places that are out of character for both of you, and exchanging steamy messages via encrypted and encoded apps. Special focus on nude pictures. It will be very bad if he were to lose his smartphone, or blurt out his password!

The end of the first month of the New Year has packed quite a punch for the Gemini man. His eighth house is completely and fully illuminated with four planets and three asteroids. One of these planets being his ruler, Mercury, and retrograde at that!

Now more than ever, the Gemini man is asked to get serious about his romantic life and show some love where it’s deserved. He’ll be asked to show seriousness and commitment, otherwise, his whole life as he knows it could fall apart.

A purge is coming, that’s for sure, but he’d be wise to choose what’s going to be purged and what’s going to remain, while he still can… His ninth house is also illuminated, and both the Sun and Moon are in a tight embrace with Saturn.

This means that there’s some form of overseas communication happening, especially via the internet, and this communication could mean future relocation concerning his career. Jupiter is drawing closer to Neptune in his tenth house, and that ought to create a lot of illusions and confusions, especially in the terms of his public image.

It’s not a time to be goofing around, it’s time to sit down, get serious, and resolve (once and for all) the matters of relations, boundaries, and what’s allowed and what’s not, at least not anymore.

If this is just the beginning, then it is a good beginning and it’s meant to last.

Read next: 7 Reasons Why Gemini Men Stay Committed (And Interested)

This is it for the first month of the New Year, hopefully, you gained some precious insight and you know what to do with this new energy.

Some of these transits are going to feel different for individuals than I have explained here. While generally accurate, these predictions don’t reflect the entire depth of information found within your partner or love interest’s birth chart.

If you’d like to get the FULL roadmap to making 2022 an amazing year with your Gemini man, you don’t want to miss this special 2022 program here.

Stay healthy, stay well, and stay sparkling, until next time!

How To Save Your Marriage With A Gemini Man: 4 Ways To Work Through Your Problems