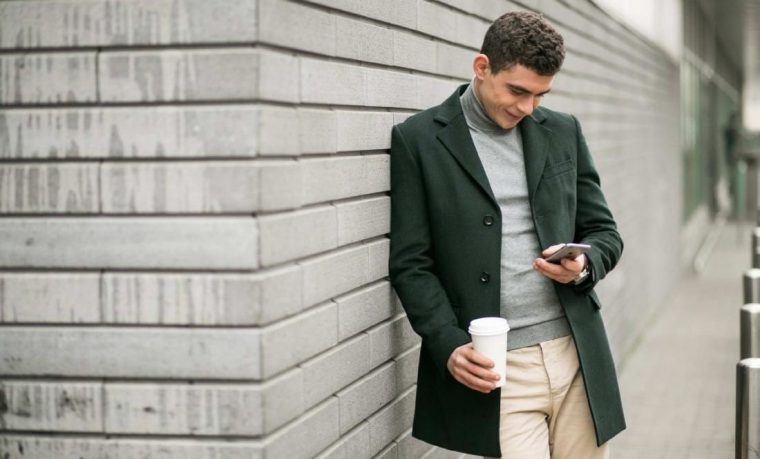 Hello my darlings, how are things? Hopefully you’ve settled into 2022 and you’ve found your tune. Now, let’s dive into the horoscope for the month of love and see what’s happening with the Gemini man in February.

The beginning of the month, despite signifying new beginnings, put Gemini man in a solemn and dark mood due to the New Moon. His eighth house is under a microscope and Mercury is retrograde, so he is dealing with a lot of stuff right now…

The first half of the month has him focusing on his mundane routines, health regimes, and self-care. The Gemini man should focus on recuperation and recovery during this time, and the best way to spend time together is to participate in healthy choices and enforce healthy habits.

The Full Moon brings a glimmer of hope through Fortune in his seventh house and Jupiter in Pisces. Plus, Mercury has turned direct and moved into Aquarius. Mars and Venus are still hard-headed and under the influence of a fixed star that promises only straight facts and logic in love…

The end of the month brings some very welcome and positive changes in his life. The most difficult part of the healing and recovering is over, and the Gemini man is ready for new ventures and new victories. His romantic approach is still the same, though – direct and with no time for B.S. Keeping it clean.

The month itself starts a bit grim as his ruler, Mercury, is retrograde and conjunct Pluto in Capricorn, his eighth house, and the dispositor of this conundrum, Saturn, is conjunct the New Moon and the Sun in Aquarius in his ninth house.

This means that right off the bat, the Gemini man is struggling with some heavy topics from the past, the essence of living, coming to terms with death as a concept and generally having a tough time.

Things aren’t looking dandy for his romance either, the ruler of his fifth house of fun and pleasure (Venus) is conjunct Mars in Capricorn, and she too is colored by Saturn’s harsh and stern influence.

The only area of his life that does look good is his career, and although now is definitely not the right time for the Gemini man to start any new endeavors, he can count on good luck and fortune to come whereas his career and professional life is concerned.

If you insist on dating a Gemini man during this period, think of more solemn date themes and landscapes. Scotland and its cloudy weather would fit perfectly into his inner landscape right now… It’s strange seeing the Gemini man not up for anything, and under the weather, but it is what it is, this too shall pass.

2. Time For A Little TLC

On the 8th of February, the celestial landscape (slightly) changed. So, his ruler is not retrograde anymore, but it is still conjunct Pluto, and that means heavy topics, a direct approach, and no filter (and, probably no patience either). Capricorn is not the most tactful and socially pleasant sign, thus, when Mercury resides in it, it sets the mood for a no B.S. approach.

Mars crept closer to Venus (the ruler of his fifth house), and they are both conjunct Nunki, a fixed star that colors the Gemini man romantic fields even further with the logical and down-to-the-earth approach. He won’t be particularly sensual, romantic, and lovey-dovey at this point.

Instead, he’ll focus on his head, reason, and logical advances. The Moon lights up his twelfth house where both the North Node and Uranus reside. This means that the “heavy” topics are still very active in his mundane life and he is dealing with things from the past.

Depending on how his 2021 was, he might be working hard on healing some trauma and recovering from emotional losses. But the good thing is that his career has excellent chances of advancing during this year, and the professionally fertile period is just getting started, so there’s at least that to what he can look forward to.

The Moon also activates the South Node in Scorpio, in his sixth house, so the topics of health, daily routines, and quitting bad habits are quite active for him now. Good ideas for dates could involve some brainstorming sessions on healthy diets, lifestyle, and choices.

3. Coloring With Optimism Within The Lines

The Full Moon on the 16th illuminates the Gemini man’s third house of communication and besides opposing the Sun, it also conjuncts Regulus which promises fortune and fame. On the other side of the chart, we have Venus conjunct Mars and Vega which colors his romantic approach with logic, straight facts, and unpopular opinions.

His ruler, Mercury, has migrated to Aquarius where it feels intellectual, speedy, and overall, pretty good. But, it’s still conjunct Pluto, thus the heavy influence is lingering over it, coloring the Gemini man’s mental landscape still…

Good ideas for dates include watching documentaries together, doing intellectual research that covers health topics, and making long-term plans for the foreseeable future that include becoming self-sustaining, saving money, and plugging out from the Matrix (social media).

Going out for a walk, breathing in the fresh air, or spending time next to the sea and salty, healthy air is all the rage for this period, so make sure to make mental notes.

Fortune is transiting the Gemini man’s seventh house of love and marriage, and its dispositor, Jupiter, is in Pisces and getting closer to Neptune, so it’s a good moment to make optimistic plans for the future that include a lot of fun scenarios and laughter.

The end of the month brings a change of scenery, if you will, as the Moon conjuncts Dorsum, a fixed star, Mercury, his ruler, and Saturn in Aquarius, in his ninth house. This means that travel is quite possible, and if not physical, then metaphysical.

It’s an excellent time to enroll in a course together, or to go to therapy, or a massage, or have a Reiki healing. It’s also an excellent moment to start a communication online and get to know each other better by sharing stories and unusual anecdotes via FaceTime or messages.

Both Venus and Mars are conjunct with Pluto. This is an important aspect for the Gemini man because Venus is the ruler of his fifth house of romance, and this means that he will be open and honest in his romantic approach, but it’s a two-sided alley. He will be able to smell B.S. from a mile, so it’s best to be direct and honest in your approach towards him during this period.

The Sun is conjunct Jupiter in Pisces, and this means that the great things for his career are finally starting to kick in, and from here on out, his focus will be on professional advances and getting the recognition he deserves for doing the hard work.

Read next: 7 Reasons Why A Gemini Man Pulls Away (How To Pull Him Back)

Well, there you have it darlings, enjoy the new forecast for the Gemini man.

As always, some of these transits are going to feel a little different than what I have explained here. While generally accurate, these predictions don’t reflect the entire depth of information found within your partner or love interest’s birth chart.

Enjoy your month of romance with your Gemini man, you both deserve it!