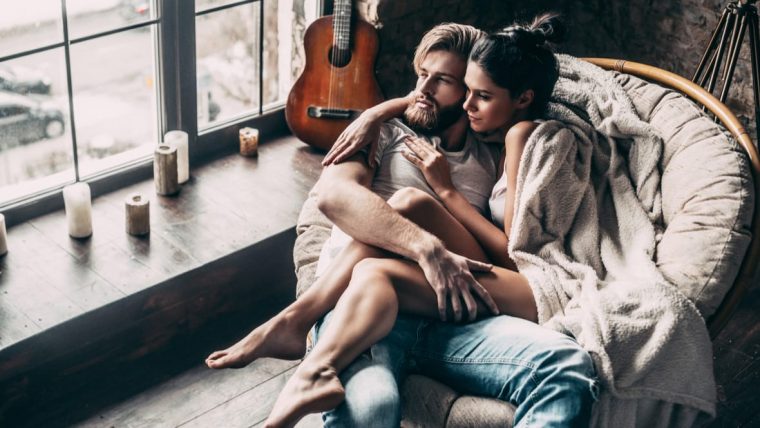 Hello, my lovelies! How are you, how have you been? Good, I hope, because we’re about to dive into the December forecast for the Gemini man! So, buckle up and get ready for some curious insight to come your way…

The beginning of the month finds the Gemini man in a very romantic mood. His attention will be on his partner or love interest, but the honesty of his words and his intentions will also be put to the test.

The middle of the month has prepared emotional growth and karmic reckoning surrounding romance and relationships. There’s possible overseas travel in the stars, but it would be wise for him not to evade the situation and instead face it head-on. Lady Luck follows the brave souls…

The Full Moon on the 19th will rock his entire boat – particularly his emotions. If he’s one of the lucky ones that have their business in order, then he can expect some cozy dates at the movies or his favorite restaurant. Otherwise, he should prepare for an emotional storm.

The end of the month will see him in a partying mood. It’s quite possible that he’ll fly out of the country to celebrate New Year’s. He’ll have fun, that’s for sure, but he’ll also spill his heart. It’s a great moment for spending time together and being romantic and goofy.

If he accepts additional responsibilities (both professional and emotional), 2022 will reward him more than any other year before.

The beginning of December puts the Gemini man in a very romantic mood. He’ll probably find himself in all kinds of direct and blunt conversations. Something he’s not used to, for he prefers information over ideas.

The time is perfect for holiday shopping and for going horseback riding, believe it or not. But his entire focus will be on his partner and his romantic relationships. It’s also an ideal moment to go into the mountains for that extra festive atmosphere.

His tongue may land him in trouble if gets tipsy, so good measures should be practiced in partying during this time. The Gemini man will feel productive during the beginning of December, so he might accept extra work even if he’s supposedly on a retreat or it’s his day off.

Don’t get irritated by this because Mars is forcing him to be extra diligent, and Venus is closing in on Pluto in his eighth house of long-term gain, so he’ll feel compelled to do extra work for no apparent reason.

His avoidant behavior that we’re all used to by now will expose itself during these times, and it will force him to speak his true intentions and mind more openly.

2. Don’t Rub Him The Wrong Way

The mid-month is fertile for small grievances, verbal battles, and settling into his authentic emotions. It’s most probable that a Gemini man tried to keep things “light,” but Mercury enforces exact conjunction between Venus and Pluto in his eighth house, which forces him to acknowledge and accept his true emotions.

Mars is making an exact opposition to Lilith, Ceres, and the North Node at the very peak of his Ascendant, and this creates verbal (and passionate) friction between him and his love interest or partner.

The masks are falling off, the time or emotional reckoning is upon him, he’ll have to play his cards openly and honestly, nothing else will pass at this moment in time.

What’s more, his field of philosophy, overseas travel, and ideas are pretty active right now, so he might have to suppress his urge to run away from any “unpleasant” personal situations by going abroad.

The Gemini man is resourceful, and he’ll find a way if he really feels pressed to evade particular topics and conversations which must be had during this time. But, it’s advisable for him to stop running, pause all chaos and deal with the hectic emotions he’s been feeling for some time now.

The culmination of emotions is here, it’s time for reckoning, and he’d be wise to deal with his relationship status now. The time is ripe for severing what needs to be cut off from his life and for deepening what has good prospects for future happiness.

A Full Moon in Gemini on the 19th of December is quite important for the Gemini man. Not only does it happen in his first house, but it also carries the themes of endings, new beginnings, authenticity, and values.

The Full Moon opposes both Mars and the Sun that reside, for the moment, in his seventh house. Meaning that his emotional state is getting most of the lunar impact this month. Relationships might end, while others may start… It’s a steep cliff for him.

His eighth house of sex, inheritance, taboos, and soulful intimacy is also activated by his ruling planet Mercury, as well as Venus conjunction with Pluto. There’s a lot of emotions running high within his heart at this time.

The stars are forcing him to cut emotional ties from his life that don’t serve him anymore. But, after every ending, there’s a new beginning right around the corner. This is why he shouldn’t fear the changes even though the transit is turbulent, and good things await him soon in the future.

If the mood between you is light and positive, then now is a very good moment for dates that happen near the home. Going on a short trip to a favorite restaurant or movie theater can be perfect for this transit and for his heart.

Some light-hearted fun isn’t farfetched; it could be just what the “doctor” ordered.

New Year’s Eve puts him in a festive mood. A lot of alcohol and good partying is involved. He’ll want to go out and be in a crowd to celebrate. He won’t exclude travel abroad during this transit.

The Gemini man’s seventh house of marriage and long-term partnerships is yet again activated, this time by Mars and the Moon. He’ll face the challenge of engaging his love interest or partner both emotionally and physically.

The stars show that he won’t mind the physical aspect, but his emotions are put to the karmic test. The good news is that he’ll have an easier time expressing them, as his ruler, Mercury, conjuncts Rx Venus and Pluto.

So the “dirt” and all that weighed heavily on his heart will come surfacing about right now, and alcohol might have something to do with it. If you’re not celebrating together, expect drunk texts and calls from your Gemini man…

Other than that, he’ll have a lot of work after the holidays, and he’ll be frequently tested to fill in some personnel gaps as many of his colleagues will be off on their vacations and many people will take sick leave.

If he shows up and does his share of work, there’s a promotion and raise waiting for him in 2022.

Read next: What Do Gemini Men Find Attractive?

Hopefully, my dear lovelies, you’ve got all the info you wanted for December’s forecast for the Gemini man.

Some of these transits are going to feel different for individuals than I have explained here. While generally accurate, these predictions don’t reflect the entire depth of information found within your partner or love interest’s birth chart.