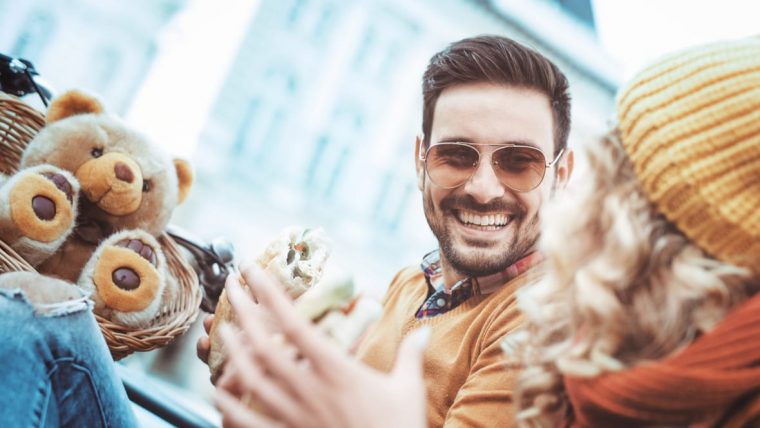 Hi lovelies, how are you now that October is over?

November doesn’t offer rainbow-colored prospects for most of the signs… it’s a turbulent and transformative month, worthy of Scorpio season and Plutonic atmosphere. However, there’s always one trickster that manages to escape karma. And, you guessed it – it’s the Gemini man.

The beginning of the month offers a chance for a karmic (new) love. Gemini man is going to have a blast as he is destined to meet someone who will blow him away. And it’s not just his love life that will go into hyperdrive; his work is sure to be accelerating, too.

The New Moon hastens the love story that is unfolding in real-time for the Gemini man. And he even has luck on his side when the health matters are concerned. From other signs’ perspective, Gemini might be the most envied sign right now – that’s how good he has it during this lunation!

The middle of the month raises health issues, and his healthcare routine is under the spotlight. He will experience minor fears and mental setbacks concerning his newly developed emotions, but all that will pass, and he’ll come back to his senses.

The Full Moon is going to be a bit challenging in the health department. He might hear some bad news from a friend or a family member that will have an additional blow to his already weakened immune system. But none of this will stop him from the romantic inclinations and plans he’s made with his love interest or partner.

The end of the month brings even more luck and fortune to Gemini’s door. He’s going to be extra lucky and charming; he’ll be able to talk his way out of anything, but the changes in his love life are here to stay. Find out more below – just keep on reading!

They See Me Rolling, They Hating…

The beginning of the month sees the Gemini man in the grip of new love. There’s going to appear a new, destined love interest. This woman comes in a uniform, and she’s someone brave, courageous, and witty.

This attraction might’ve begun earlier in October, and it came on suddenly, out of nowhere, it seemed. Since both the North Node and Lilith are involved in this (love) story, it’s definitely a karmic bond.

And, what’s more, his ruler (Mercury) is on an important degree of Libra in his fifth house of pleasure, fun, and sex, conjunct with the Foramen fixed star that brings love connection from overseas.

The Gemini man should watch out for urinary and kidney infections during this time, especially if he’s involved in watery sports or exhibitions. Aside from that, this is a very interesting time for both his love life, renewed love interest, and his work.

He’ll have a lot of new experiences with foreigners and long-distance travel. He’ll move up to a higher position at work or relocate to a farther destination. He’ll finally get what he’s worked for. Unlike some other signs, the Gemini man has Lady Luck on his side at the beginning of the month.

Since his ruler, Mercury, is conjunct Mars in Scorpio, it creates very potent and sensual energy. He is more likely to express his lust and romantic tendencies directly and unapologetically now more than ever.

The beginning of the month definitely puts the Gemini man in a romantic mood and sets the tone of November for him. And that tone is quite sensual and successful.

Hate It Or Love It, The Underdog’s On Top

With the New Moon on November 4th, apart from the prominent lunation that shines a bright light in his sixth house of health and career, the North Node makes exact conjunction with Lilith on the prominent degree of Gemini in his first house – the house of self.

Imminent changes are nigh, and he’s going to face them head-on. The destined meeting with his love interest will happen during this transit, and two lives are going to be changed forever.

Mercury conjuncts the Izar star from the Bootes Constellation, and this star has a strong effect on Gemini’s love life. This is a very fertile time for the Gemini man when good luck and fortune follow him in love. He’ll be verbally expressive and direct in his approach, but his charm will also be very effective.

Mercury sextiles Venus in Sagittarius that conjunct the Sinistra fixed star, and this marks the definitive and transformative change that will occur in Gemini’s love life.

His old life is ending, and the new one is beginning. Only in his case, this transfiguration is followed by light and positive circumstances, unlike some other signs.

The New Moon occurs in a good place in the Gemini man’s chart, and it brings good luck in health, too. He might experience some kidney problems, migraines, and joint pain during the beginning of the month, but the Moon brings positive resolution to these health topics.

Leave Your Worries At The Door

In the middle of the month, the Gemini man will have to address some health issues. He’ll be prone to exhibiting problems with food absorption and digestion thanks to Mercury conjuncting the Zubenelgenubi fixed star from the Libra constellation that has the nature of Saturn and Mars.

His sixth house of daily routines, job, and health are active, even overactive if you ask me, so this will be the time for the Gemini man to reevaluate and take a closer look at his habits and dietary choices.

The Gemini man will have good luck concerning his career; a sudden surge of creativity inspired by his newly found affections will help him reach new heights. Perhaps it’s not the best time for face-to-face dates due to his health condition, but it’s a great time for sexting, texting, and sharing mutual desires and emotions via the internet.

His fears about the newly developed emotions might kick in the overdrive as Lilith will move (back) to Taurus and his twelfth house of hidden fears, subconscious programs, and wrong beliefs.

He might try to “pull out,” but that’s just a passing phase. He’ll have to face the severity of his own emotions (like an adult) and come to terms with the new and upgraded love situation he has in his life.

The Full Moon Eclipse conjuncts Algol – the notorious fixed star from the Perseus constellation – and it also conjuncts the tip of the Gemini man’s Ascendant, as well as the North Node in his first house.

This lunation creates an opposition with the stellium in his sixth house in Scorpio, and thus, the culmination of his health problems is nigh. He might experience severe neck and head problems at this point in time, in addition to respiratory difficulties.

The Gemini man really has to take extra care during this Full Moon, and he should also take care of his stress levels. He might get some unfortunate news from his family about a member passing, so he’s bound to be emotionally shaken, which can have an additional negative influence on his body.

Putting his health matters aside, his love life is yet again in full bloom and under a bright spotlight. He has worked through his suppressed fears concerning his affections and emotions, and now he’s active again.

This lunation brings enhanced sexual desire and the need to spend meaningful time with his love interest or partner. Good ideas for time spent together are more intimate atmospheres and cozy vibes that allow for serene conversations and deeper topics.

He’ll feel the need to open up about his emotions and address issues that are bothering him. Who knows, since it’s a faithful encounter, he might even connect the dots and realize that his state of health connects to his emotions.

This Full Moon will leave him transformed in a way, more mature and evolved. It’s a good transit for his soul growth.

Burn With Me, Heaven’s On Fire

The end of the month is going to escort the Gemini man to December with a bang. Both the Sun and Mercury have moved to his seventh house of marriage and long-term love affairs, all the while Lilith and the North Node are back in his first house of self.

His fifth house is also active with the Moon transiting it and making harmonious aspects with the Sun, Mercury, Saturn, and Jupiter. This is a perfect time for all things love, especially romantic talks that include long-term planning and romantic getaways.

Since Mercury (Gemini’s ruler) is conjunct Antares – a very prominent fixed star from the Scorpius constellation – he’ll have luck attracting money and talking his way out of any problematic situations he might’ve gotten himself into with his talkative mannerism.

His sexual flare and desire will continue going strong as Venus is getting closer to Pluto in his eighth field of sex and fetishes, and he’ll be able to sweet-talk his ideas into realization with his love interest or partner with ease.

Joyous and interesting times lie ahead for the Gemini man, and indeed, the only thing remaining is for you to decide whether you want to accompany him on these adventures or not!

Read next: The 7 Questions To Ask When A Gemini Sends Mixed Signals

This November is going to be quite exciting and turbulent for the Gemini man, is it not? But, compared to some other signs, he’s gotten the better end of the stick.

If you’re in doubt about your relationship with a Gemini man or are looking for more specific guidance in love, then it’s time to check out my special offer. I’m providing my lovely readers with VIP consultation where I can answer all your personal questions in love and life.

Be good and stay safe my darlings! Until next time…